Jack opened the first ever Bikram Yoga studio in Bali in 2008, and now brings to the glorious Island of Phuket his vast experience, passion and tremendous energy.He truly connects to each and every student, and teaches with heart and love, to believe in yourself, because that is where true strength lies. Jack considers himself a guide rather than a teacher. After all, ” Yoga is not about touching your toes, but what we learn on the way down”. 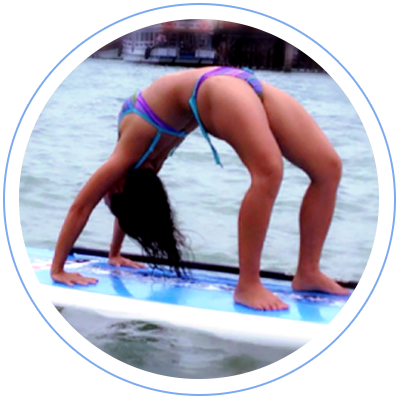 Butsarakorn’s yoga journey began in 2008 at Baptiste Power Vinyasa studio in Cambridge, Massachusetts. She was first drawn to the intense physical workouts of this powerful style but soon became interested in the healing aspects of hot yoga. Her growing interest in the world of yoga led her to Bikram yoga which she practiced from 2008 – 2011, also in Cambridge, Massachusetts.

In 2012 Butsarakorn returned to her homeland in Thailand with the goal of sharing the benefits of yoga with as many people as possible. In June of 2013 she completed the 200 hour Hot Yoga Teacher Training program at Absolute Yoga Sanctuary in Koh Samui, Thailand. After training she returned to Phuket and found a yoga home at Yoga Republic..

Butsarakorn is a passionate yoga Instructor, dedicated to sharing the yoga tradition and lifestyle with eager students. She offers a warm and inviting introduction to yoga, creating an environment where students of all levels and backgrounds can share the benefits of yoga. Her ability to relate to students as individuals and challenge them to reach their personal goals brings a special feeling to her classes.

Interview in Modern Psykologi (only in Swedish)

Your shopping cart is empty
Visit the shop